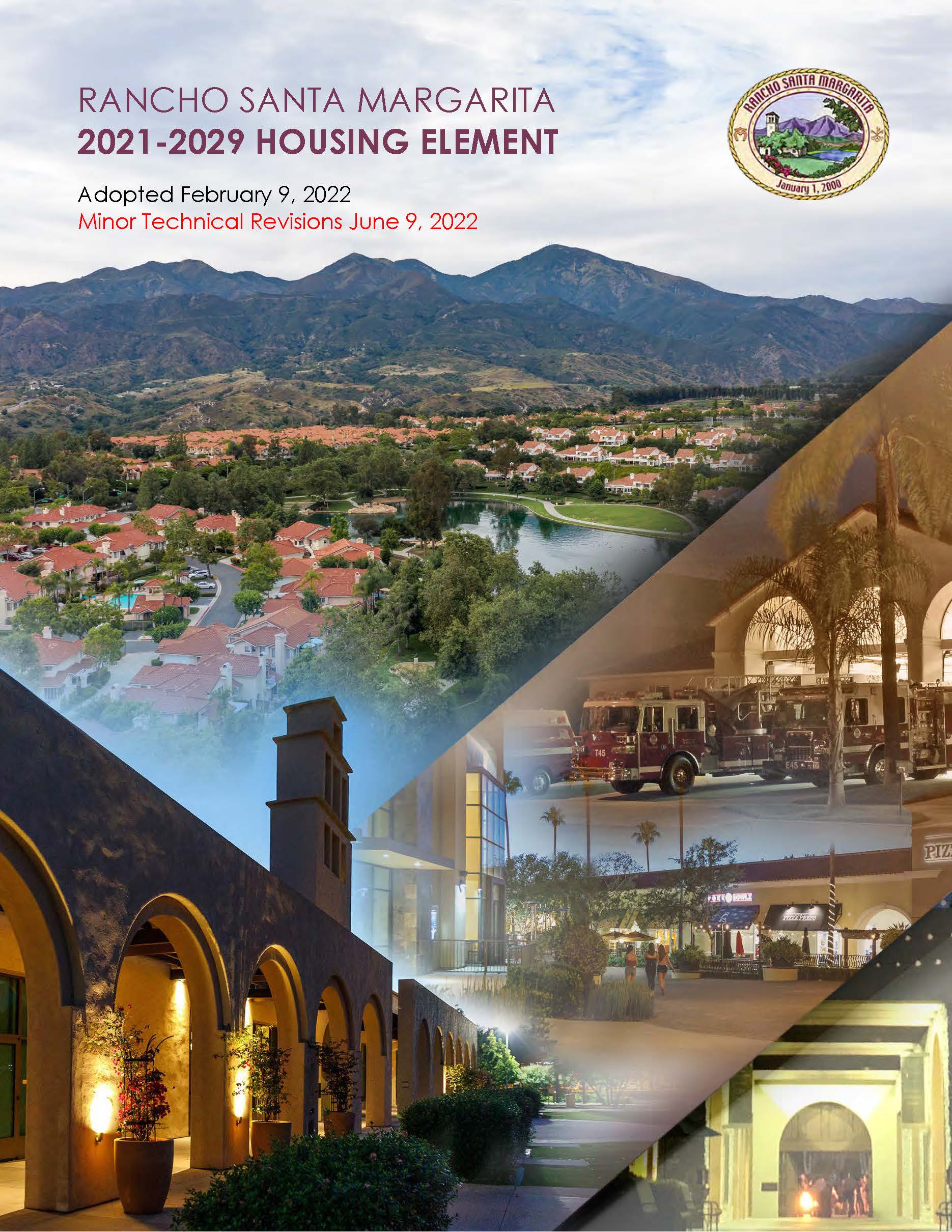 The City Council adopted the Housing Element on February 9, 2022 and submitted to the California Department of Housing and Community Development (HCD) for review.  HCD issued a letter on Monday, April 11, 2022 indicating that additional changes to the document are necessary to comply with State law.  As of June 9, 2022, the City has posted a revised Housing Element containing proposed revisions to address HCD's request.

Following a seven day review period, the revised Housing Element will be scheduled for public hearings before the Planning Commission and City Council for re-adoption.

To be added to the interest list to receive updates on the process, email wstarks@cityofrsm.org.

In conjunction with the 6th Cycle Housing Element Update, and pursuant to Senate Bill 99, the City is required to update the General Plan Safety Element to assess evacuation routes in residential neighborhoods. The City has submitted the Public Review Draft of the Safety Element and related documents to CALFIRE for their review/approval.

The agenda for the January 5 and January 18, 2022 Planning Commission Public Hearing and February 9, 2022 City Council Public Hearing can be found here. 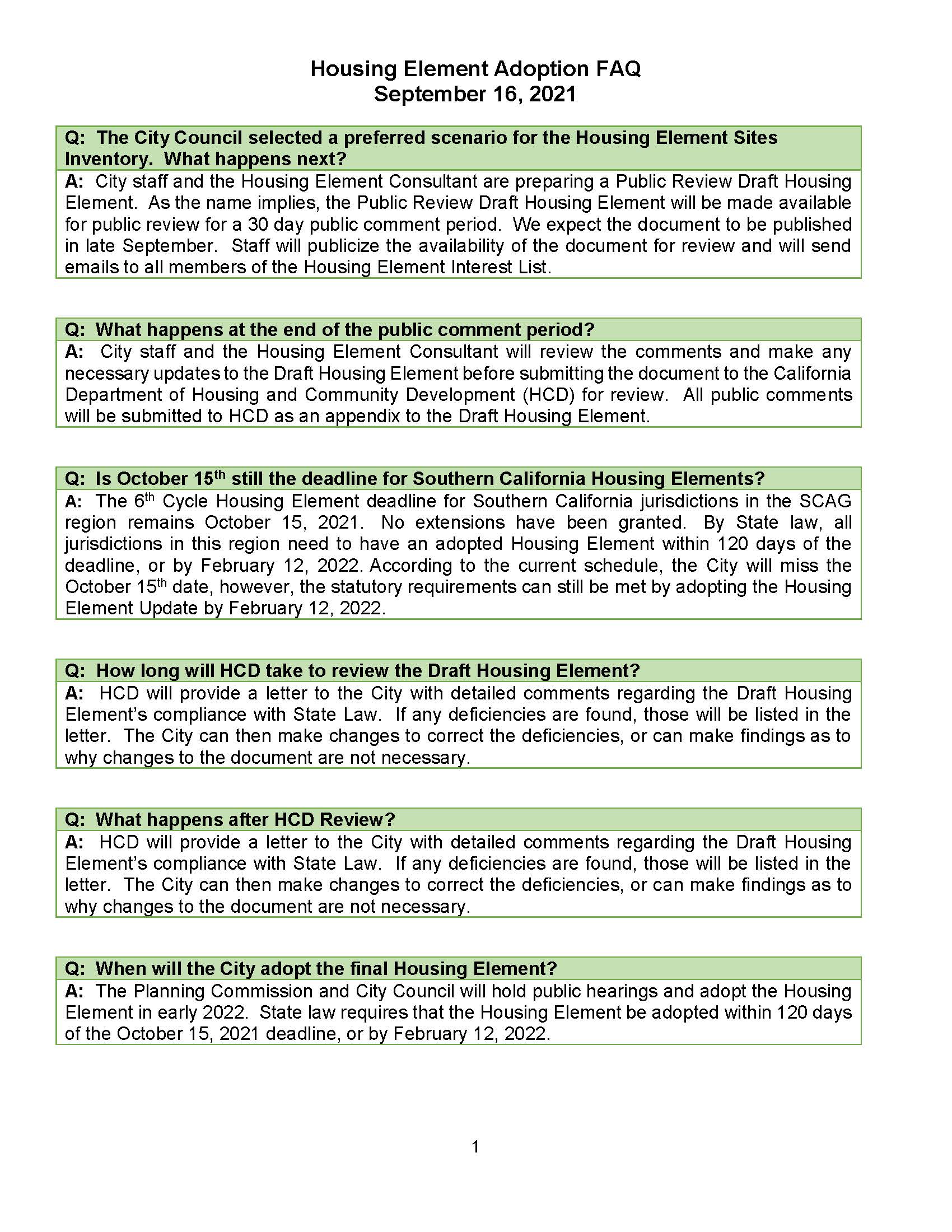 For additional information regarding the Housing Element site selection process, please refer to the following reports: 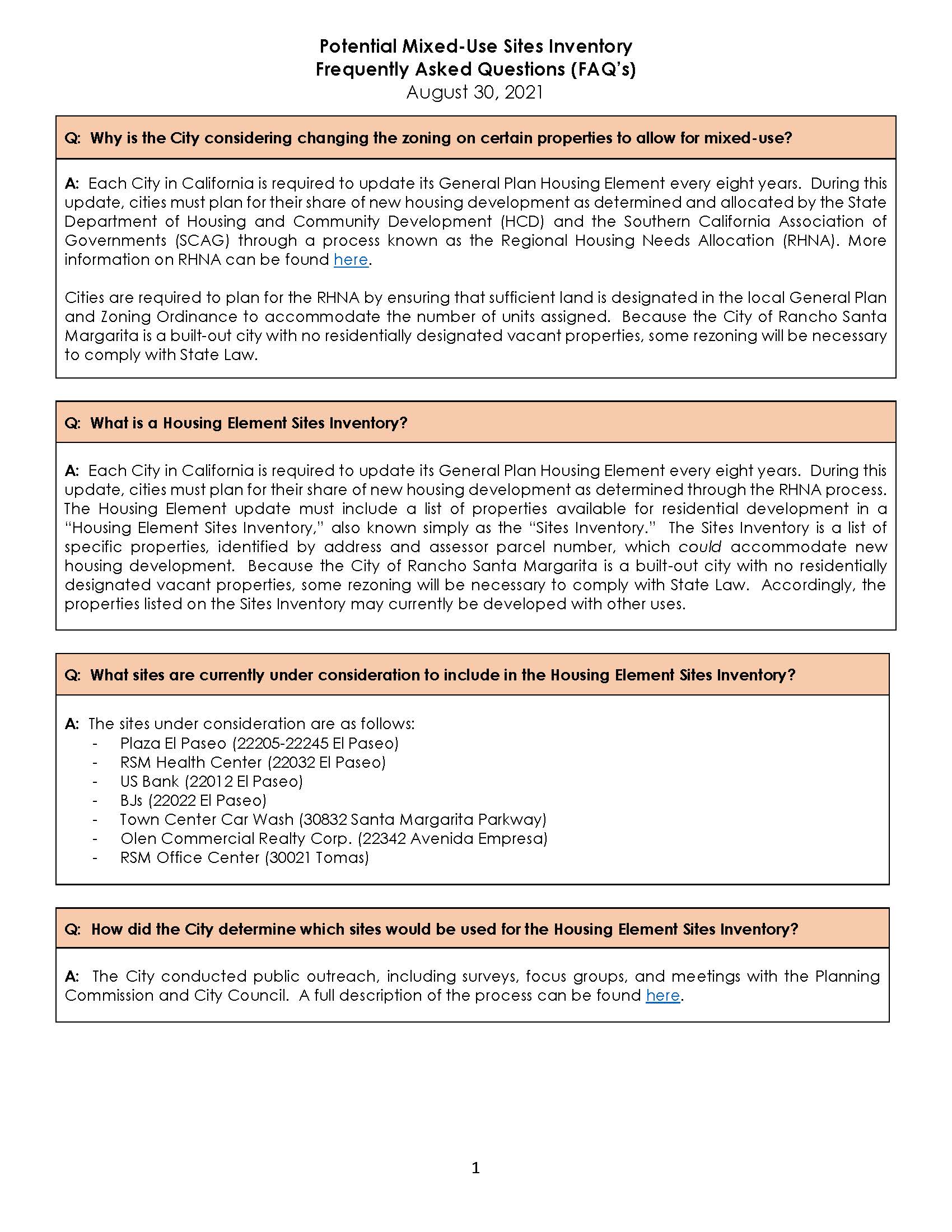 Housing Element Update Survey No. 1 was made available for on-line responses from January 29 to March 3, 2021.  This survey focused on existing conditions to better understand the characteristics of households in the City, to identify the community’s housing needs and priorities, and to uncover real or perceived fair housing concerns in the City.  Pursuant to Housing Element Law, the City is required to evaluate housing needs and fair housing issues in the Housing Element Update.   Survey No. 1 received 530 responses.

Housing Element Update Survey No. 2 was available on-line from February 21 to March 29, 2021, and focused on the types of development that should be further explored as the City plans to accommodate the RHNA of 680 housing units.   Eleven potential development types were presented in the survey and respondents were requested to indicate which types they found most acceptable in order to comply with the RHNA.  The survey also included open-ended questions that allowed respondents to provide additional development type ideas, and to share other thoughts on the topic of housing and the RHNA.  Survey No. 2 received 236 responses.

Survey responses are summarized in the Community Survey Results Report.

The focus group meetings are summarized in the Focus Group Summary Report. 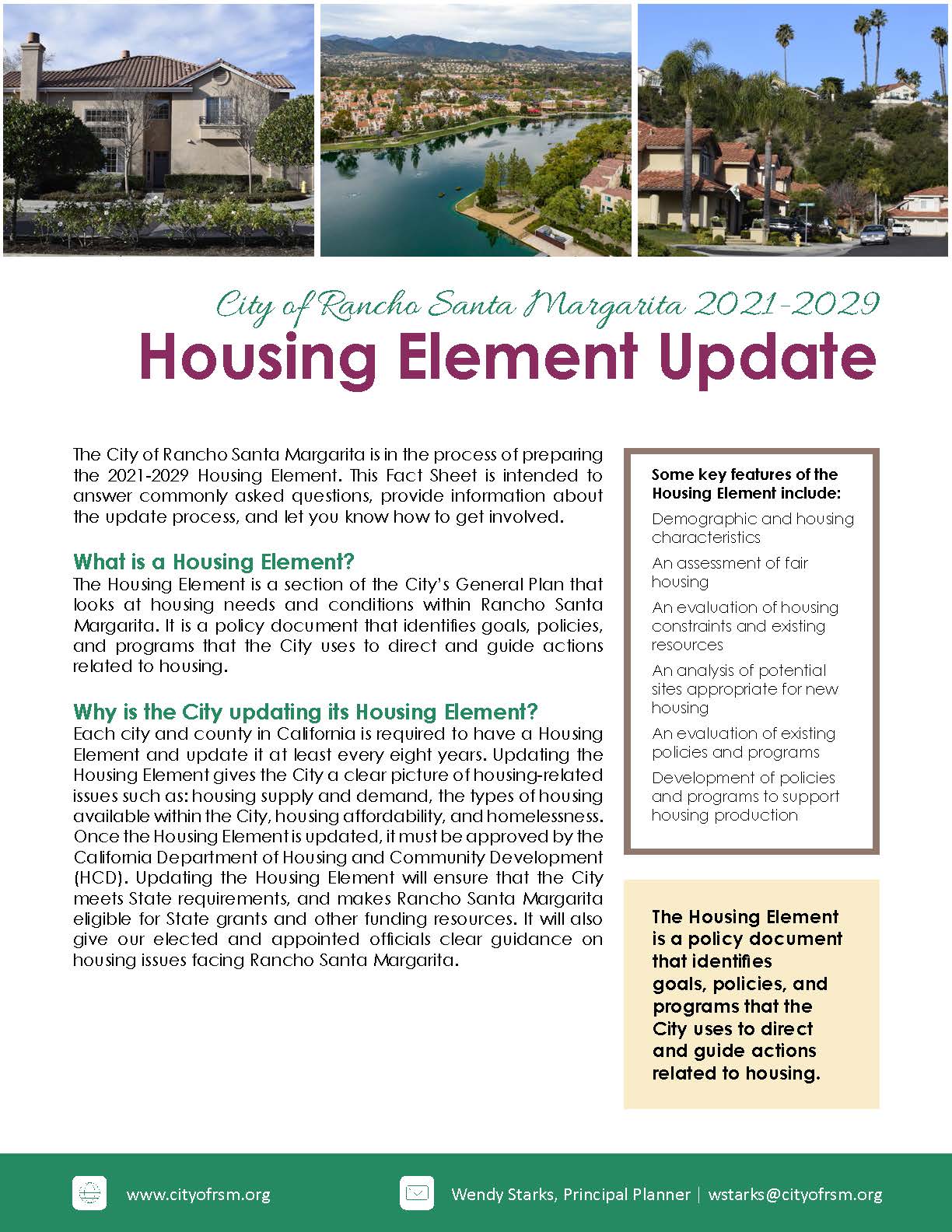 Each California city is required to update its Housing Element every eight years, and each city must plan for its share of housing need as determined and allocated by the State Department of Housing and Community Development (HCD) and the Southern California Association of Governments (SCAG).  The draft Regional Housing Needs Allocation (RHNA) for the City is 680 housing units that are broken down by income category. 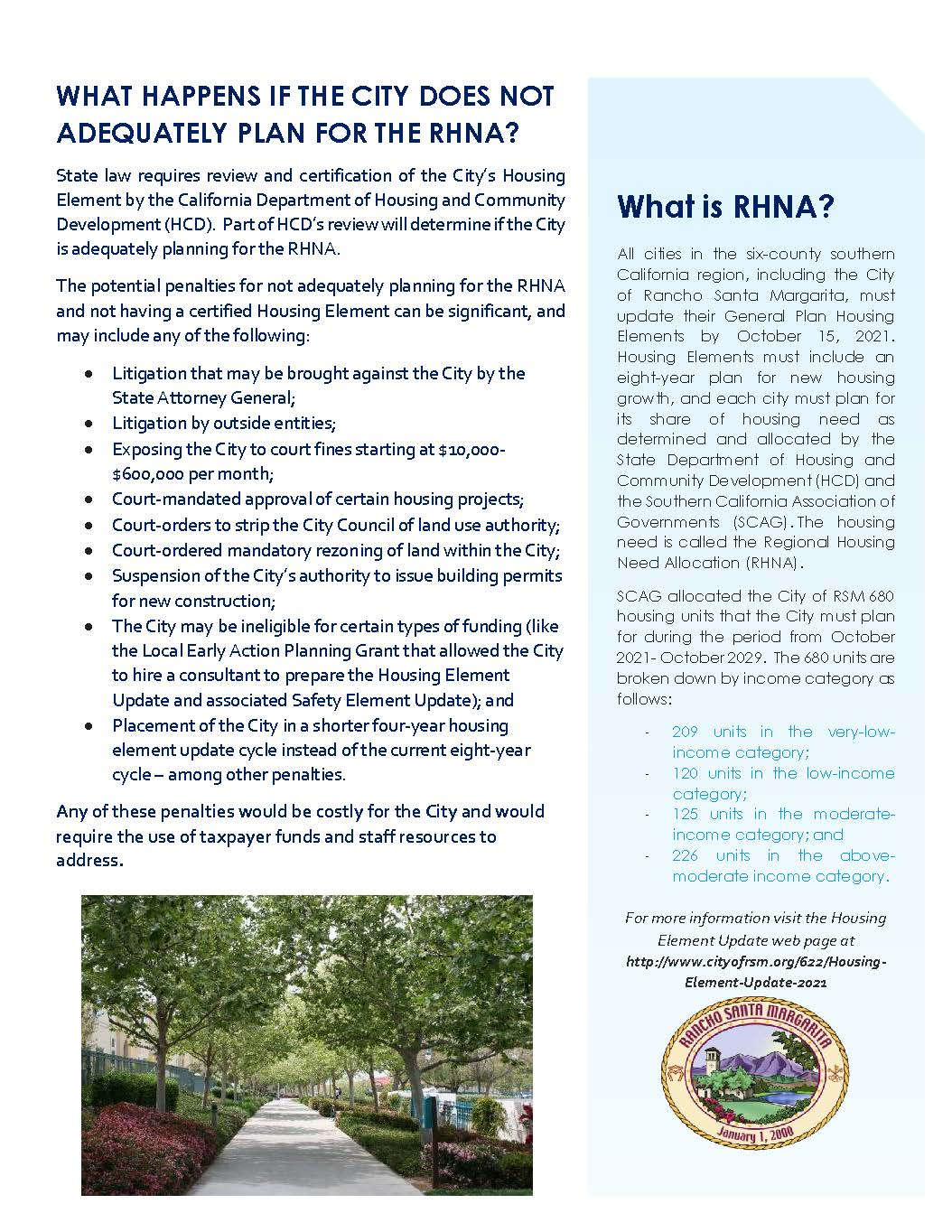 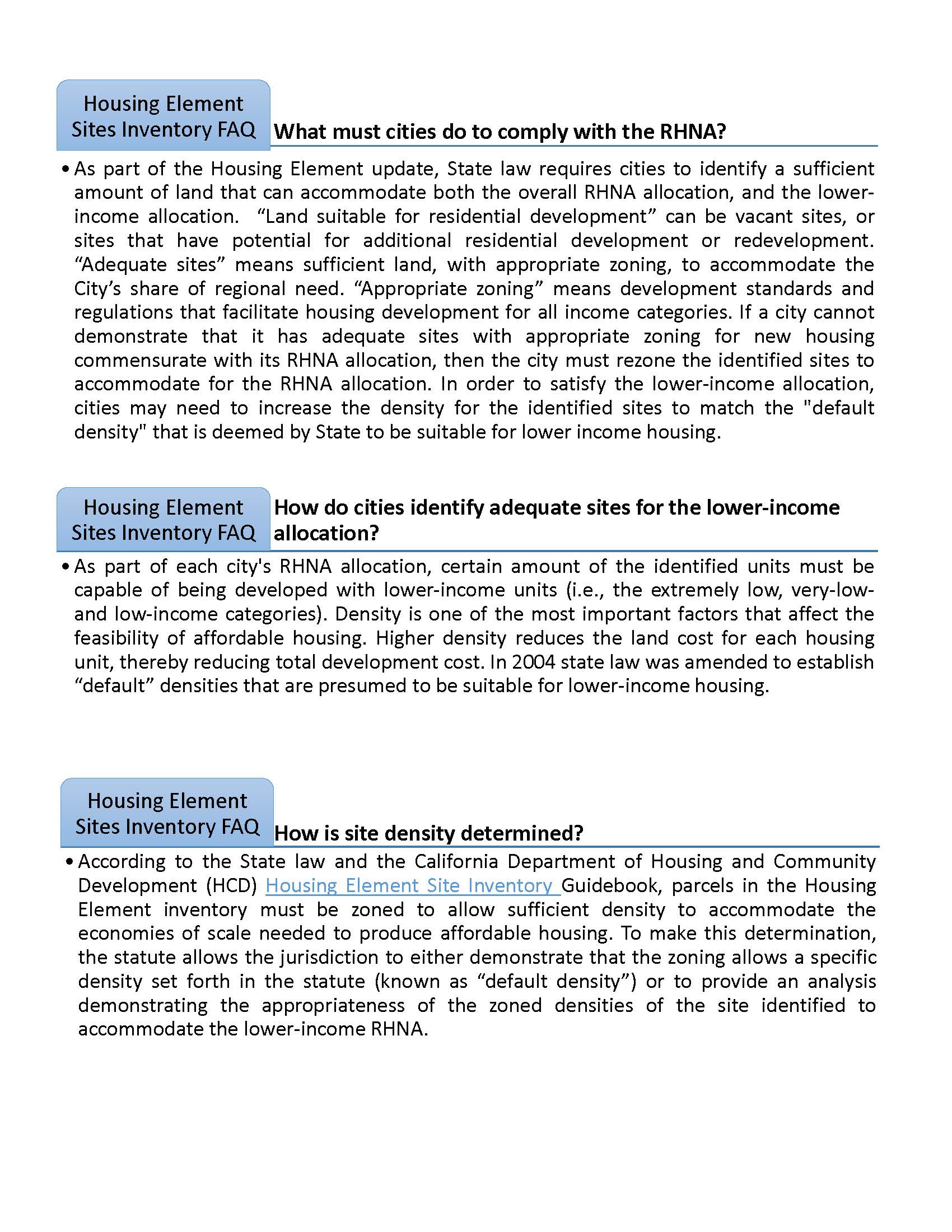 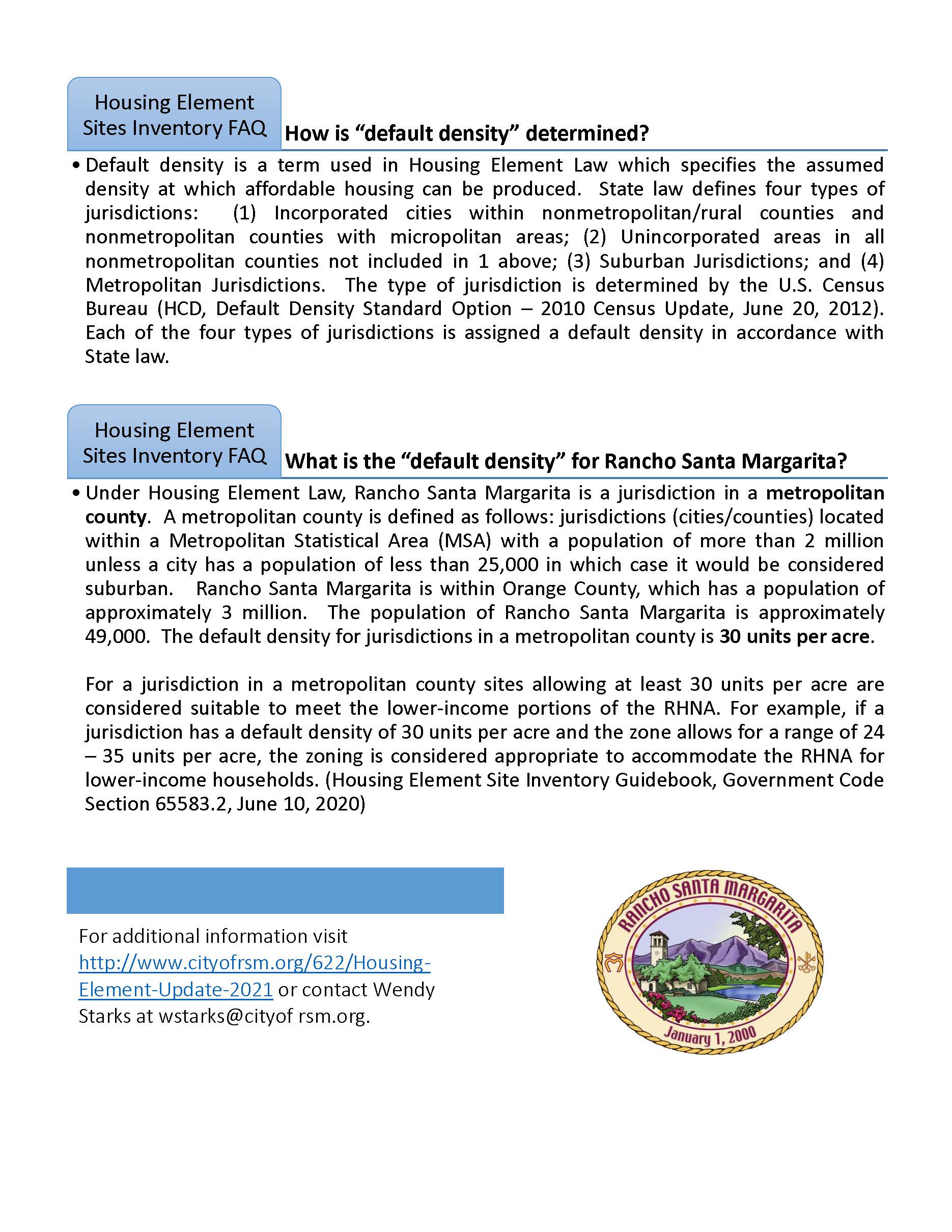 The following videos were produced by the Orange County Council of Governments and the Association of Cities- Orange County to explain RHNA and the Housing Element process. 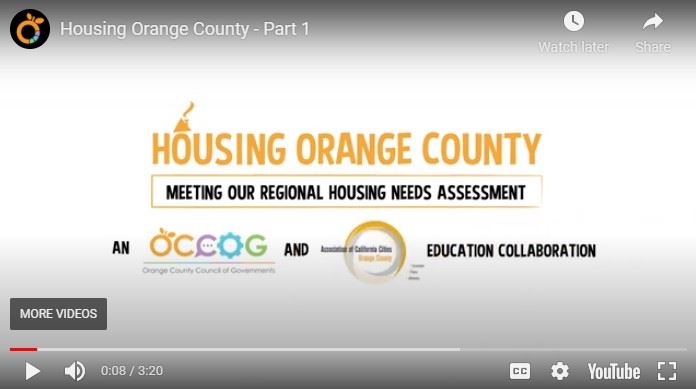 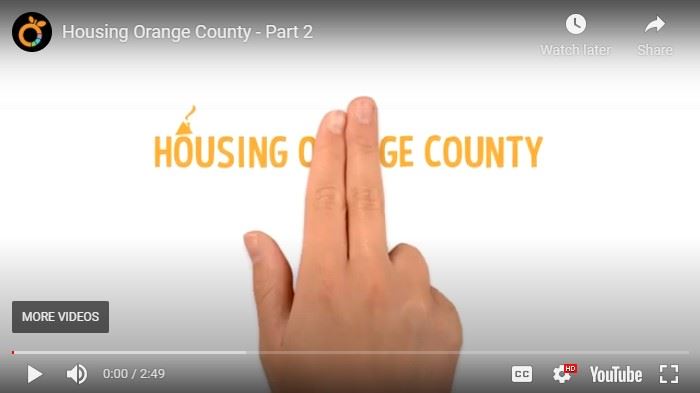 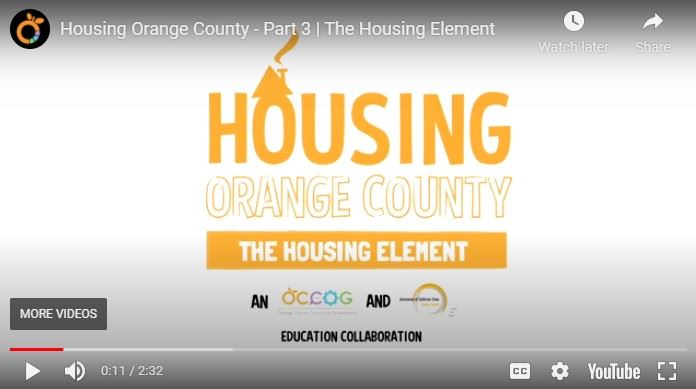 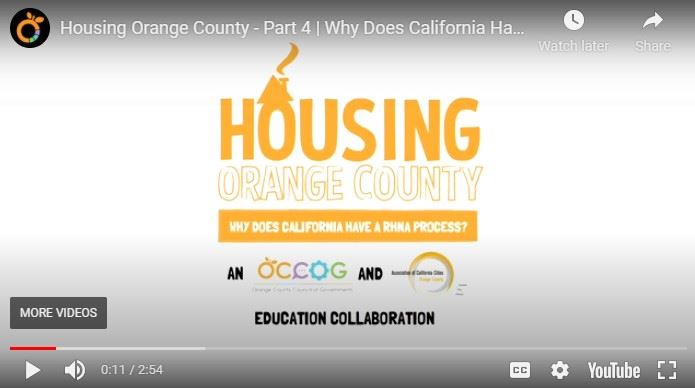 Your input is important.

Throughout the process, we will ask the community to participate in brief surveys to help us determine local needs and priorities. We hope you will consider sharing your input with us by completing the surveys as they are available to provide meaningful input to the City.

Finally, please check back on this webpage as there will be numerous opportunities for you to provide the City with input on the Housing Element.  If you have questions or comments or would like to be added to the Housing Element interest list, please contact Principal Planner Wendy Starks at wstarks@cityofrsm.org or 949-635-1807.