The City's investment in public safety makes it one of the lowest-rated in crime throughout the nation, making Rancho Santa Margarita a desirable home for families and businesses alike. The FBI has ranked RSM as the #1 safest city in Orange County for over ten years. In addition, Rancho Santa Margarita has the lowest property crimes in California* and is the 2nd safest city in California**.

*According to Safewise - based on Part 1 per capita crime data and cities with a population over 35,000

**Based on the Data RSM is the Safest city in Orange County. In 2020, Danville and Rancho Santa Margarita tied for the number of property crime rates in California. Danville came out on top this year for its lower violent crime rate (0.5) 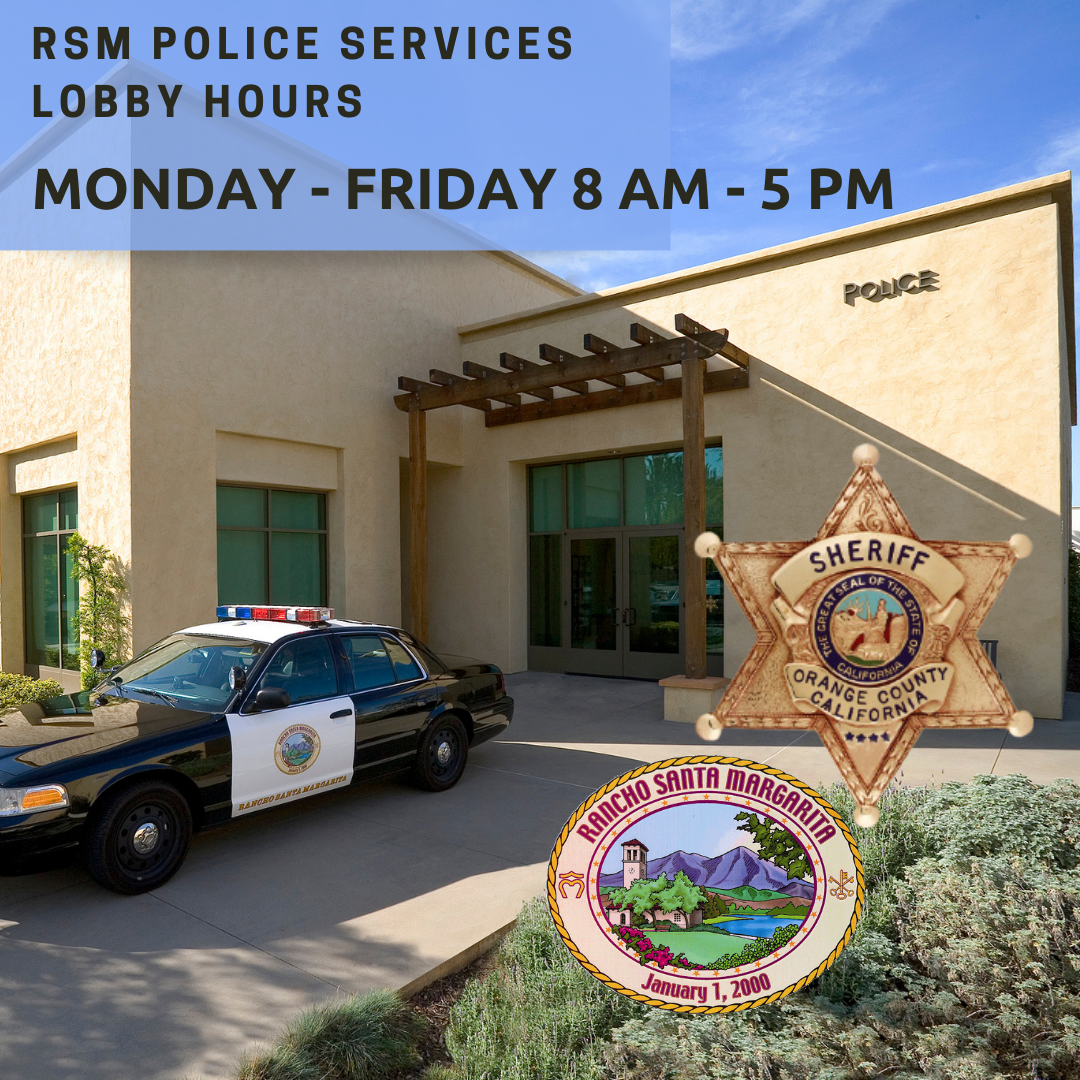